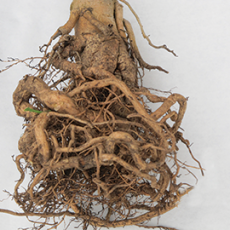 Last winter’s cold snowstorm left the roads covered in ice for weeks, making for busy tow truck drivers and full auto body repair shops. This winter’s 75 mph windstorm is keeping the tree companies’ phones ringing. It was a freaky kind of wind that moved in fingers and troughs through town, putting the smack down on everything from stop signs to fences; and trees, lots and lots of trees.

Some places had piles of leaves (takes) that didn’t budge, missed entirely and 200 yards away a 30’’ diameter spruce would be sheared off 8 feet off the ground and chucked across the street like a toy in a tantrum!

The most common aboveground failure seemed to be primarily co-dominate tops of conifers such as Ponderosa pines, Douglas firs, and Spruces. Almost all of the failures I noted were due to poor attachment angles with included bark. Tight crotch angles are weak, as the attachment area doesn’t keep in scale with the strength needed to support the wind loading that occurs in high wind events like we just experienced. Tight “V” shaped attachment angles have cells that roll in on each other burying the bark in the middle, instead of pushing the bark out, and knitting together to make for a plenty strong union. It happened to deciduous trees as well but the taller conifers really took a bigger hit.

The number one belowground failure (uprooting) was hands down Raywood ash trees. They went over like so many dominoes! Really sucky trees in my opinion, often poorly formed, both above and below ground. Good specimens are a rarity, at best.

I was getting into my tree truck at the hardware store one morning this fall, and was approached by a gal with a sprig of Raywood ash foilage in hand and she asked me if I could identify it. “Yes Ma’am,” I said. “That is the devil’s spawn of the tree world.” But she thought it was the coolest fall display she had ever seen, so one person’s poison is another’s passion, I guess. I did explain that for every decent one around town there were a hundred sucky ones, but alas, for two weeks out of the year, they made her world go ‘round.

Minimizing potential failure really starts when you purchase a young tree. Good structure is usually taken care of in the nursery both with roots, as well as branch/stem arrangement and attachment.  Buying trees that are field grown or being raised in “Grow Bag’s” or “Smart Pot’s” are the way to go, but sometimes you gotta make due with what is available. Trees left too long in a plastic pot will develop encircling or “girdling” roots. Correcting this is difficult, and planting them as is will ensure a premature tip over down the road in most cases.

It is starting off to be a normally wet winter, but do your rain dance anyway, just in case.  And remember, Mother Nature bats last…

Fiddler on the Roof & Spotlight on Roy Orbison