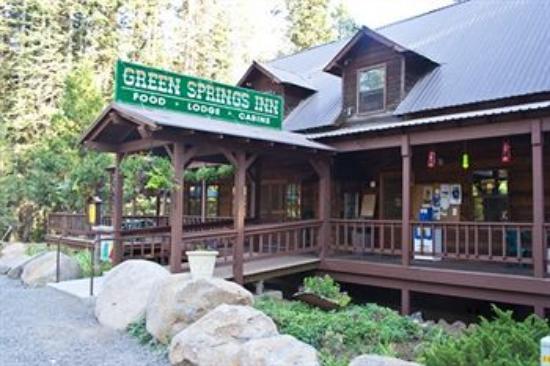 You are in a large room with a high ceiling. Gentle light floods the space through skylights and tall north-facing windows. Step outside. You see a forest of soaring firs. Listen. The call of a raven frames the silence.

What would you do in such a setting? Harriett Rex Smith made art here for nearly four decades. Her vision as a painter coupled the flowers on her windowsill to the Andromeda Galaxy. She was particularly moved by the landscapes of the Cascades and Siskiyou Mountains that surrounded her studio.

Most recently Green Springs Inn employees occupied the living quarters that wrap around Harriett’s studio. Now our staff has moved on and the future use of the property is up for grabs.

It’s easy to imagine future generations of artists working in this place. Painters, writers, filmmakers, photographers, performers: who would not be inspired by the space and the setting? But ideas, even exciting ideas, are a dime a dozen. An artist in residence facility and program would require a substantial investment of time and resources. Is the time right for such a venture?

Call me quixotic (you wouldn’t be the first) but I would argue that investing in art at this moment in our history is actually essential. Consider the Green New Deal. Starting from the premise that we have about 15 years to bend the global warming curve before climate change overwhelms civilization; Rep. Alexandria Ocasio-Cortez and Sen. Ed Markey have proposed a program on the scale of Franklin Roosevelt’s New Deal combined with World War II. (The right wing is fuming and sputtering about the price tag, which they underestimate at seven trillion dollars. But what is the cost of environmental collapse? Does it matter? Who will be around to do the bookkeeping?)

Let’s break it down. We are talking about replacing all the power that we currently extract from carbon with power produced from ‘sustainable’ sources like solar, wind and perhaps nuclear energy. We have a couple of decades to work with. Given that we have just spent 300 years building economies and cultures based on fossil fuels (and added around seven billion people to the human population over that time), this appears to be a daunting task.

But take a closer look at the New Deal and the Second World War. We rebuilt a broken capitalist economy and militarized an entire nation (plus much of the world) in 15 years. How was this accomplished? Not just by jump-starting public works and converting automobile production to planes and tanks. An entire population needed to understand what was going on, learn new skills, change old habits, think differently, live differently. This required communication. Art is about communication. It is no accident that the famous Works Progress Administration (WPA) funded artists, musicians, actors, and writers.

Perhaps an arts program in our Cascade-Siskiyou National Monument is a private baby step toward a Green New Deal. If you think so and have something to contribute, feel free to contact me. 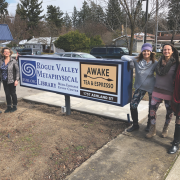 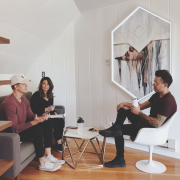 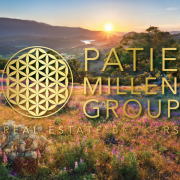 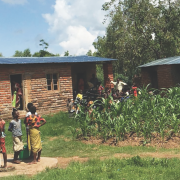 Steps 4 Malawi Thank You For Your Support

Rights and Duties of Residential Landlords