Let’s see what the scientists have to say… Research has found good evidence to support pot’s use for chronic pain. Another study indicated that marijuana could lead to fewer prescription painkiller overdose deaths. And now a new study went further: States with laws that allow medical marijuana dispensaries have seen a relative reduction in opioid overdose deaths and addiction treatment admissions.

All of this research suggests marijuana could help solve one of the trickiest problems in health care today; how does the United States balance caring for 100 million pain patients and preventing opioid painkiller addiction and deaths? Maybe America doesn’t need to, at least for some patients — just give them pot.

The working paper from David Powell and Rosalie Pacula of the RAND Corporation and Mireille Jacobson of the University of California, Irvine, concluded, “Our findings suggest that providing broader access to medical marijuana may have the potential benefit of reducing abuse of highly addictive painkillers.”

The researchers looked at both treatment admissions for opioid misuse and state-level opioid overdose deaths. They found relative decreases in misuse and deaths in states with medical dispensaries. “Providing broader access to medical marijuana may have the potential benefit of reducing abuse of highly addictive painkillers”

Right now, the United States is dealing with a three-pronged crisis of 100 million people suffering from chronic pain, thousands dying from opioid painkiller overdoses, and more evidence that opioid painkiller users are turning to a more accessible but deadlier opioid, heroin. Medical marijuana could help address all of these issues.

Since the late 1990s, the number of people dying from opioid painkiller overdoses has steadily risen — with more than 16,000 deaths reported in 2013. What’s worse, one study in JAMA Psychiatry found opioid painkiller use has contributed to the rising use of heroin. And a 2015 CDC analysis found people who are addicted to prescription painkillers are 40 times more likely to be addicted to heroin.

If marijuana can relieve pain, it can substitute opioid painkillers. No one has ever reportedly died from a marijuana overdose. And pot isn’t an opioid, so dependence — which does happen with marijuana, but at much lower rates than opioid addiction — can’t lead to an addiction to heroin.

While the researchers involved in all of these studies say that more research needs to be done on the potential benefits of medical marijuana, their findings are very promising. For all the hoopla about whether medical marijuana is just a back door to legalization, we’re beginning to see pretty good evidence that it is medicine and it might be better medicine in some cases than some of the fully legal drugs. These positive findings for chronic pain in particular stand in stark contrast to the findings for opioid painkillers.

InYanga Farms is dedicated to providing the finest organic cannabis products to our customers. We specialize in high CBD cannabis strains for adults, children and pets. Our product line is available in Medical Marijuana dispensaries throughout Oregon. Please visit our website inYangaFarms.com 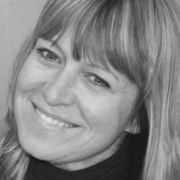 Call Rhonda - I Specialize in People

Why Am I Always Sick? I Don’t Deserve Wellness. God is Punishing Me.

Kelly McLoughlin Hypnotherapy – Why Am I Always Sick? I Don’t Deserve Wellness. God is Punishing Me.

Your Wish Is My Command