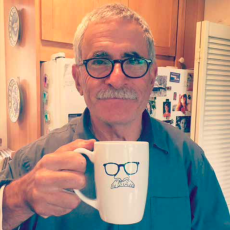 Southern Oregon public radio listeners remember hearing Jeff hosting JPR’s Jefferson Exchange morning program. And television viewers have seen his Immense Possibilities programs on SOPTV. That’s a combined 17 years of local broadcasting experience under Jeff’s belt, interviewing and interacting with countless other dedicated, service-oriented people like himself. On top of his broadcasting and journalism careers, he’s been a rafting guide, a carpenter, and an author; with five nonfiction books published.

Jeff has lived in the Rogue Valley for most of his adult life, minus a two-year hiatus while earning his master’s degree in communications at Stanford University. Serendipitously, Jeff and his Jeep first joined the Gold Hill, Oregon community in 1972 during his bearded, long-haired youth. He’s lived in Ashland now for nearly four decades, and in 2018, with much shorter hair, Senator Golden was elected to the Oregon State Senate representing District 3, southern Jackson County.

Please tell your ‘how I got to Ashland’ story, Jeff. How long have you lived here? “I’ve been in Jackson County fifty years now. I dropped out of college and was living in the back of an old Jeep pickup truck traveling around Northern California learning carpentry. I was helping the back-to-the-landers build their homes and picking up the skills, and looking for my own kind of rural homestead. I was headed up highway 101 on the California coast to see friends on Vancouver Island and I picked up a hitchhiker north of Arcata, and he said he wanted to go to Medford. I had literally never heard of Medford, except of Medford, Massachusetts, right near where I went to school [at Harvard]. And I looked at a map and I told him, ‘what the heck, I don’t know any of this area and I’ll take you to Medford.’ And woke up the next morning and pretty much fell in love with the Rogue Valley, in 1972. It was rural and peaceful and very beautiful. I bought twenty acres near Gold Hill, then moved to the forest lands near Butte Falls later where I got married and had my first kid. My wife said that we’re not going to raise children way out in the sticks and that she’d like to move to Ashland. So we did that in 1984.”

Please tell a story about the ‘most interesting day’ you’ve had while living here? “A recent one that stands out, in a tragic way, was September 9th last year, the day after the Almeda Fire when I got on my bike with my son and started riding up Highway 99, and the Greenway, that which we could access. And it was all closed to traffic, but we were able to bike up as far as Medford. And I think by now everybody has seen what’s happened in our valley. At the time it was literally still steaming. And it was so shocking and disorienting that I’m still recovering from that.

And I’ll add that every year a really interesting day for me has been the Abundance Swap on the second Sunday each December where people come together and celebrate community and generosity. I meet terrific people there and really get inspired by their stories.”

Have you ever lived abroad? “No. I did spend a year in Central America in the 70’s, but it was nomadic. With a backpack and a hammock, if that counts as living abroad. Traveling all throughout Central America.”

Please tell a story about a life-changing incident, or can you recall a life-changing epiphany? “Boy, they all kind of run together, but I’ll tell you about an epiphany. I actually wrote an essay about this. In the 80s, [when I was a river guide,] I was driving back from a Lower Rogue River trip. I crossed Bear Camp Road, which is how you get from the take-out back to the Merlin area, a Forest Service road, and my boat trailer broke down. On a very hot day, out in the middle of the national forest, and we needed help. Fifteen or twenty very nice SUVs and newish-looking pickups with people who looked like me just streamed right past while I waved my arms. And they just kept going. Then, a beat-up old pickup pulled to the side and ended up taking our broken trailer back to their home near Grants Pass and repairing it for about ten dollars’ worth of materials. As I got to know them a little, I discovered they were hard-core, very conservative people. The epiphany had to do with the kindness and the time that they were willing to spend helping someone in trouble. I had long hair and a long beard at the time. Whereas people with long hair and long beards passed us one after the other out on that country road.”

What are Ashland’s biggest strengths and challenges? “Strengths are around creativity and willingness to challenge authority. Challenges are around periodic smugness that we’ve got it all figured out in ways that other communities don’t. I don’t see it all the time, but periodically I see us patting ourselves on the back for right-thinking, and demanding tolerance of others when we don’t always extend it ourselves.”

What’s a thing people would never guess about you? “I often feel shy though I’m not sure if I am.”

Please tell us about a hero or mentor who’s influenced you. “I think I’ll pick two, Dr. Jean Houston and Barbara Marx Hubbard. What’s inspired me about them both is their passion for empowering and energizing others. Helping others feel seen and powerful doing their best work in the world. They’re real heroes of mine.”

Forgive me Jeff, but as Metaphysical Library Director I have to get in a question like this; have you had any encounters with unexplained phenomena? “Unexplained phenomena, Hmm. There are certainly things I don’t understand in this world. Well, I’ll just say that of the things I don’t like about Google and Siri is that you’re almost not allowed to wonder about anything in the world anymore, if you know what I mean. The loss of wonder is a serious challenge to our well-being. I’ve found myself in conversation with younger people and saying, ‘I wonder about da-da-da-da’, and they immediately pull out a phone to search for an answer. Almost like saying ‘stop me from wondering.’ It’s getting easier to fall into the illusion that there are no mysteries, or that mysteries aren’t important. That concerns me.”

How are you doing on your bucket list? “Not well. I actually kind of steer away from a bucket list because I suspect that I won’t do very well. I was making some progress until I went to the Senate, and the Senate has absorbed me beyond what I expected, it really sold me out on my bucket list! But of course, there have been many wonderful and rewarding experiences there too, many of them.”

Here goes my ‘desert island favorites’ question Jeff, OK? What is your most favorite FOOD, BOOK, MUSIC, and MOVIE, please? “Can I start with the caveat that I don’t like ‘most favorite’ questions because when asked, I forget most of my favorites? So I’ll tell you ones I really like, but not necessarily my favorites, okay? For food on a desert Island, I’d pick mixed nuts & strawberries. For a book, I’d pick The Brothers K by James Duncan. And a film might be Sometimes A Great Notion, a great Oregon film, and music? Let’s go with The Beatles White album.”

What are your ideas about how Ashland can help unhoused folks? “What comes to mind is that there is a lot of solid creative thinking about how to do that. The limiting factor is resources, so I’m focused on how to develop the resources to fuel creative thinking by looking harder at how we’re spending money now to support housing. One example is, like everywhere else, we have mortgage interest deductions on state income taxes for people’s second and third homes. So that’s a housing subsidy. Should we be putting housing subsidies toward people who already own their homes? Or the houseless; the people who are struggling to keep stable housing. I think that’s the question we have to ask.”

What’s a stand-out experience with the Almeda fire? “I already gave my most viscerally powerful one. My other experience is, three or four experiences; of watching people in this community with no particular position or responsibility, dropping everything they were doing to be of complete service to folks who were suffering from the fire, in any way they possibly could be. Not waiting to read the manual, but just stepping up to save people at a precarious moment. It was astonishing. You have to wonder how you could infuse more of that into our longer-term challenges.”

Jordan Pease is a 20-year resident of Ashland, and the founder/director of Rogue Valley Metaphysical Library & Media Exchange. www.RVML.org 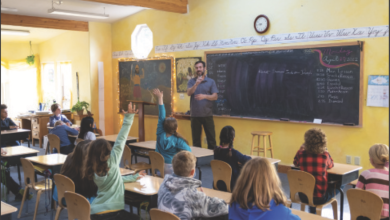 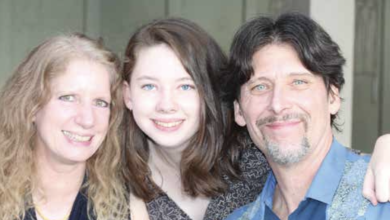 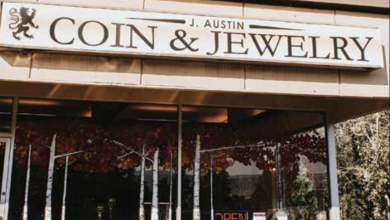 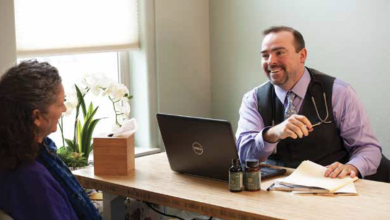