I learned years ago never to wrestle with a pig.  You get dirty, and besides, the pig likes it.  George Bernard Shaw.

Mediation is hard work! In the midst of conflict, we want to be right.  When Jason and Judy separated, Judy insisted Jason’s work-related distractions were the reason the marriage failed. Jason blamed Judy’s constant nagging as the culprit, and claimed she was emotionally unstable. Both believed their children were suffering, and both were certain they were right.

Sometimes being right feels so important that we lose sight of reason, hijacked by reactions triggered by the threat of loss and safety. We stray from integrity and behave in ways we regret later. Jason and Judy were rational and thoughtful people, both educated and successful in their professions.   Yet, when gripped in highly charged conflict, they fell into an emotional gridlock. Each clung to being right; absolutely, undisputedly, unbendingly right. Indeed, proving “rightness” can also prove the “wrongness” of the other person, a seductive trap divorcing couples fall into.

As a mediator and divorce lawyer, my first responsibility is to create a safe place where my clients can start constructing a new future. There is no right and wrong; there must be a vision for resolution and peace. Ideally this is a supportive process, but the reality is that the dissolution of a marriage is painful, and it challenges even the most rational people. Once Jason and Judy had a blueprint of how to communicate effectively in the context of divorce, they were able to walk through the process of creating their own settlement terms—without a court action or additional attorney fees.  Ultimately the dispute was resolved, there was less stress, more compassion, and integrity is upheld. This is the right way to reach resolution and find healing more quickly.

Robert (Bob) Good has practiced law in Jackson County for twenty-five years, specializing in estate planning, family law and business law. Contact him at his Ashland office at (541) 482-3763. 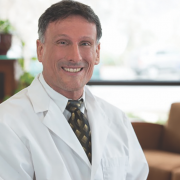 Patient Questions (and Answers) – A Top 5 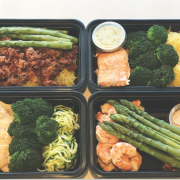 Getting Unstuck with Releasing and Brain-disentrainment!

Tony-Winning Musical Once
Scroll to top