Are you wondering just who it is that’s buying these new, seemingly expensive bicycles? Let me tell you. My customers are, first and foremost, people who want to make a difference in the world. They want to do something healthy for the environment and for themselves. They recognize that the majority of their trips around town could be done without the car. Additionally, they’re also an honest bunch; they know that in truth they’re just not going to make very many (if any) of those trips on a standard bike. Whether its the last steep hill home or time constraints or physical limitations, they know that a regular bike will probably become a born-of-best-intentions addition to the garage clutter more than it will be a regularly used means of transportation.

So, who is a candidate for joining the growing ranks of ebikers? Any household that is considering a second car would do well to consider electric bikes instead. The first car will be there for longer trips around the valley and beyond, but you can manage many of your chores about town quickly, easily, and have a ton of fun along the way on an electric bike. How about all the young graduates this past year? What if, instead of their first car, you set them along a more eco-friendly, sustainable path with their first electric bike? Anyone with access to a car for occasional use would do well to consider an electric bike for him or herself for more daily use when a car is simply not necessary.

Has that demon Time, or some physical ailment taken you down a few notches from where you’d ideally like to be, yet you still want to “be a part of the solution” in the world? You’re a prime candidate for an electric bike. You recognize that these are not expensive toys but are in fact, quality transportation devices that cost a fraction of what it takes to buy and maintain a car. Additionally, do you know anybody who has ever lost weight or gotten in better shape by driving a car? The notion that ebikes are ‘cheating’ or that you won’t get any exercise is simply incorrect. Ask any ebike owner.

The bottom line for me is that I want to see a world with more bikes and less cars. Electric bikes are opening the door to a wide range of people who would like to incorporate bicycling as a legitimate alternative transportation in their lives. If you’re ready to join the quiet revolution and promote a cleaner, healthier, more human-scaled world maybe its time you become someone who rides an electric bike. Come take a test ride; all this will become crystal clear in an ear-to-ear grinning flash! 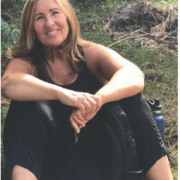 Discrepancies in the Narrative for Piping the Canal

Phosphorus Can Be Key for Cat Kidneys: Part One of Three 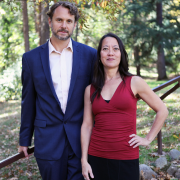 More Than Just Breathing: The Benefits of Hyperbaric Oxygen Therapy

You Are What You Eat - Pet Food Recalls and Heart Disease 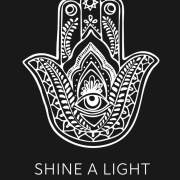 A Sea of Red
Scroll to top