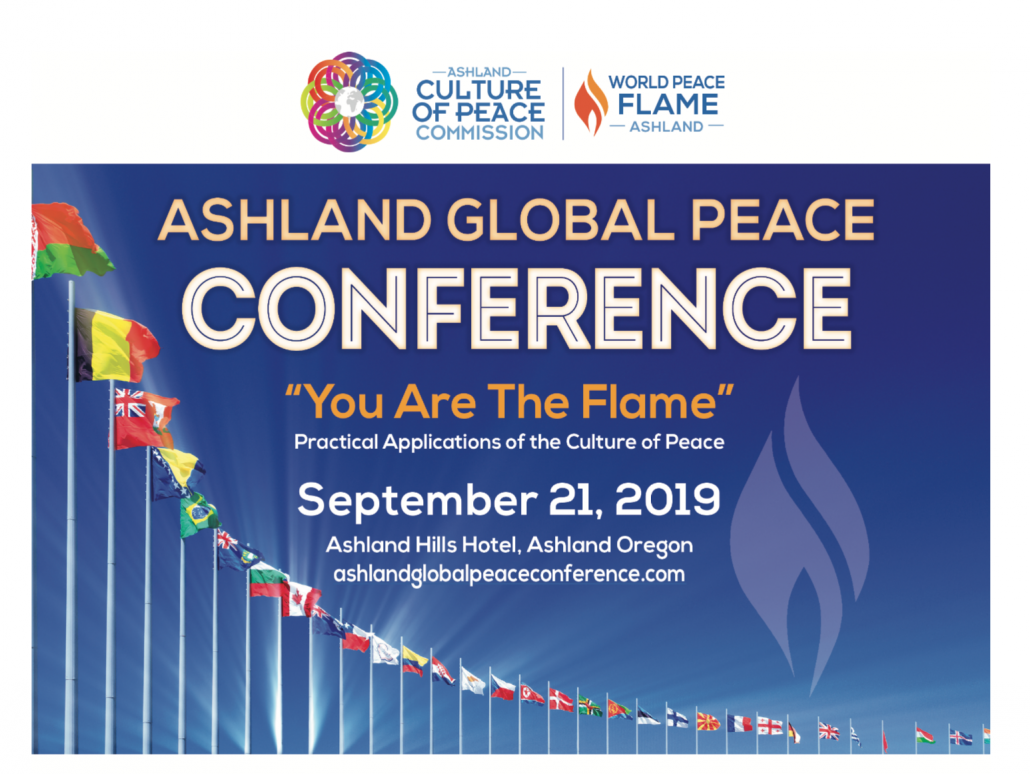 (Ashland, Oregon) The Ashland Culture of Peace Commission, chosen as a site for this global conference due to its efficacy in founding a community of peace and in bringing the World Peace Flame to Ashland is hosting a Global Peace Conference on September 21, at the Ashland Hills Hotel starting at 8am.

The former Under-Secretary General of the United Nations and founder of the Global Movement for the Culture of Peace is the featured keynote speaker. The Ambassador suggested Ashland as the best location for this important conference, focusing in on practical applications of the Culture of Peace, most notably among young people who will be participating.

“I was impressed by their work in developing Ashland as a City of Peace,” says Chowdhury. “My co-activists at the United Nations who interacted with ACPC leaders have particularly welcomed it.”

Throughout the day there will be featured speakers such as Oregon State Senator Jeff Golden, Oregon State Representative Pam Marsh, Mayor John Stromberg and the Chief of Police locally.

For more information regarding the event: www.ashlandglobalpeaceconference.com 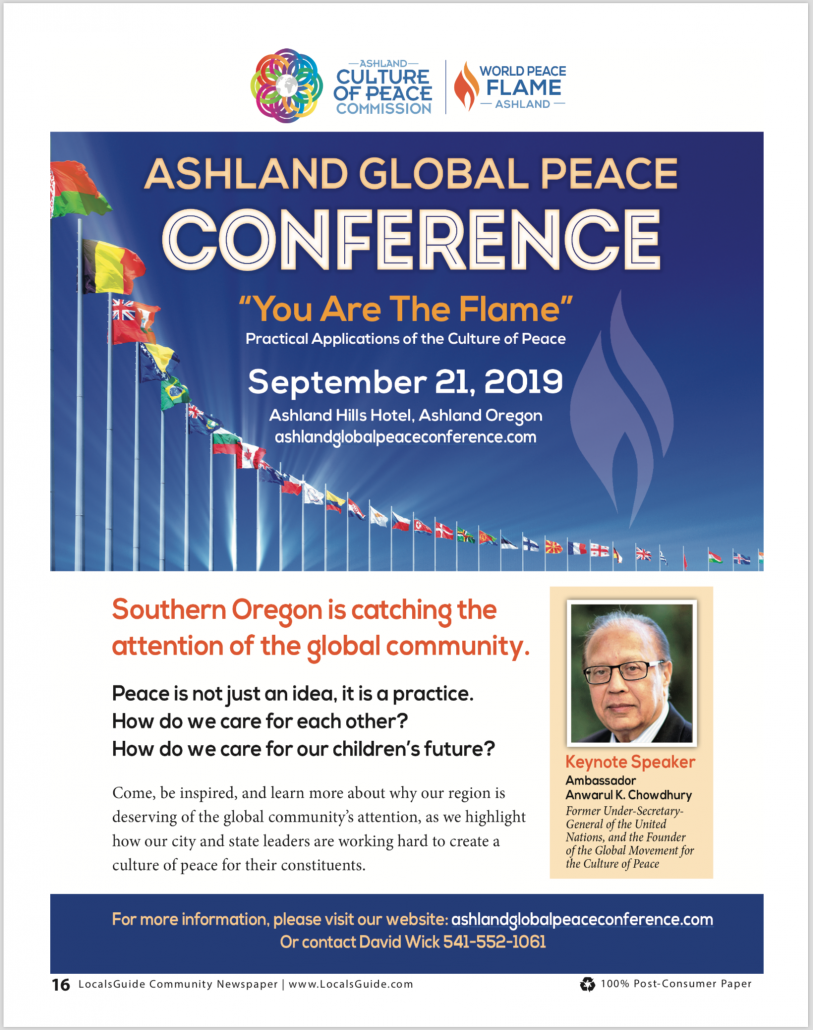