Oregon for Safer Technology (OST) is a grassroots public-interest group advocating for biologically-safe digital technology in our homes, schools, and workplaces. Our hundreds of hours of research over the last 3 years, from sources worldwide, confirms that radio frequency radiation (RFR) from wireless technologies is harmful to us and all life forms.

A ten-year, $30-million-dollar study conducted by the National Toxicology Program of the U.S. National Institutes of Health sought to determine if exposure to wireless radiation from cell phones increased the risk of cancer. The conclusion by a 13-member independent panel of experts in 2018 was that there was “clear evidence” of an increased cancer risk, the highest level of scientific certainty. Dr. Ronald Melnick, stated, “We should no longer assume that any current or future wireless technology – including 5G – is safe without adequate testing.”

There are more than 1,000 scientific studies conducted by independent researchers from around the world concerning the biological effects of Radiofrequency (RF radiation). americansforresponsibletech.org

• AIRPLANE MODE Airplane Mode turns off most of the wireless antennas.

• ANTENNAS OFF Also be sure the Wi-Fi, Bluetooth, and Mobile Data antennas are OFF in the phone settings. Even with antennas off, you still can play music, take photos, and make videos.

• TEXT INSTEAD OF TALK Remember to hold the phone away from your body. Pics and video increase radiation.

• BEWARE THE LOW SIGNAL The weaker your signal strength, the stronger the radiation from your phone.

• DISTANCE IS YOUR FRIEND Phones should not be in your pocket, bra, or touching your body.

• AVOID MAKING CALLS IN CARS The cell phone works harder to get a signal through metal, so the radiation is stronger.

• SPEAKERPHONE Keep the phone away from your brain by using speakerphone.

• DO NOT SLEEP WITH YOUR PHONE Use a battery-powered alarm clock, and power off the phone. 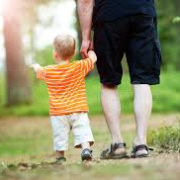 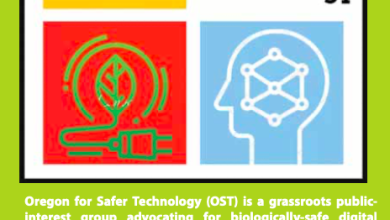