Yes, that’s a tall order. We are talking about 7.6 billion human beings and 8.7 million other species, give or take a million or so. Each of us is an infinitesimal speck on the web of terrestrial life. Individually, we don’t have much influence.

We should be clear that we are talking about a real and present process that, if it continues, will wipe out many or most of the species that currently exist on this planet. We are one of those species.  This is how Oregon State University ecologist William J. Ripple and 15,364 other scientists from 184 countries put it in “A Warning to Humanity: Second Notice,” published on November 13:

“… we have unleashed a mass extinction event, the sixth in roughly 540 million years, wherein many current life forms could be annihilated or at least committed to extinction by the end of this century.” (For the complete text, Google “Scientists warning to humanity.”)

To restate the obvious, this “mass extinction event” is the likely outcome of climate destabilization related to human activity. The most problematic human activity is releasing greenhouse gases that produce global warming.

So what can we do here in Southern Oregon to slow down this train, or even put it in reverse? Ripple and his colleagues offer a list of “diverse and effective” steps we can take toward sustainability, starting with limiting population growth.  Here are four recommendations that top their list:

• Create reserves for a significant proportion of the world’s terrestrial, marine, freshwater, and aerial habitats.

Wow. We have a laboratory here in our back yard that we can use to study ecosystems and develop strategies for achieving all four of these goals. It’s called the Cascade-Siskiyou National Monument. Let’s get on with it. 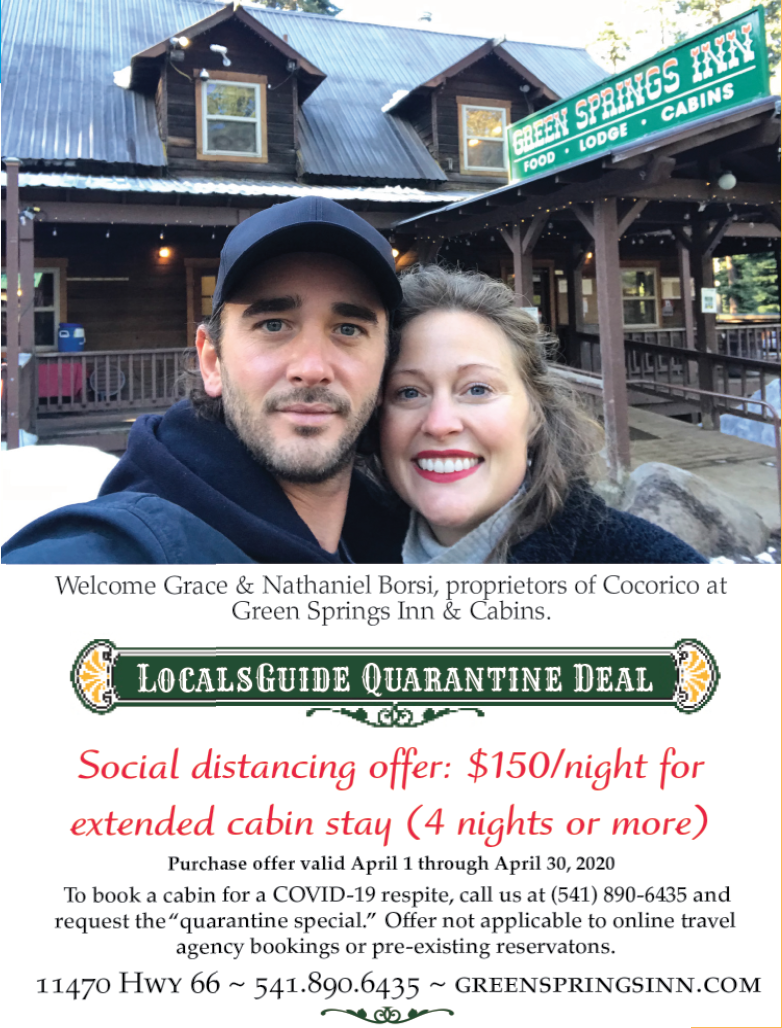