Pee Wee’s owner thanked me for finding and returning Pee Wee’s collar.  She didn’t understand how it came to be found in the street since Pee Wee is an indoor cat. Her owner was unaware that she had dropped Pee Wee’s new collar in her driveway when getting out of the car, which is where the cats found it before bringing it home.  The cats were punished for their theft:  They were kept indoors  for 48 hours with no TV, during which time they plotted their revenge against that little ball of fluff.

The cats went to the nearest pet store.  One of them distracted the shopkeeper by rubbing against her legs, which caused the shopkeeper to bend down and pet the affectionate cat.  With the shopkeeper distracted, the other cat went to the shelf containing catnip and stole two cachets—one for the operation and one to celebrate afterward. The cats returned home with the stolen goods and put one cachet of catnip on our back deck for later. They took the other next door to Pee Wee’s house and placed it on the back porch a few feet from the screen door.  They then began to claw a hole in the screen.

Pee Wee’s owner had left the back door open to allow a gentle breeze to flow into the house through the screen door.   This also allowed Pee Wee to observe what the cats were doing from inside the house.  Pee Wee walked over to her owner and meowed as if she were hungry.  Her owner got out of her chair and stroked Pee Wee, who led her owner to the back door, where she saw the cats clawing at the screen.   She recognized the cats and stormed over to my house where she told me that my cats had ruined her screen door. She also handed me the catnip intended to lure sweet little Pee Wee outside where my cats intended to do God knows what.

I went to our back deck where the cats were pretending to be asleep.  I confronted them with the complaint by Pee Wee’s owner, and they denied knowing anything about it.  I then observed a sachet of catnip lying near them that matched the one in my hand.  Each of them immediately blamed the other, claiming to be an innocent observer of the damage to the screen.  I informed them that Pee Wee’s owner had seen both of them clawing at the screen and that they were jointly and severally liable for the damage—each of them was responsible for sharing in the cost of replacing the screen, and if one of them didn’t pay his or her share, the other would be responsible for the full cost of the screen.  They glanced at one another with fear and suspicion each knowing that the other was cunning and would try to avoid payment in order to make the other pay for it all. 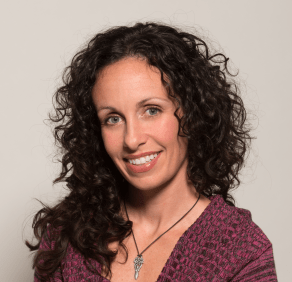 The Four-Fold Path to a Pain-Free Life: Understanding The Root Cause.

From the Greenhouse:  Are you too late?