Over twenty years ago I was traveling through Kentucky and stopped in a small town to pick up a few items at the local grocery store. I met an elderly woman, bent with osteoporosis, with hands so gnarled and swollen her fingers looked like tree roots. She was struggling to remove a container of strawberries from a tightly packed display. While assisting her, she told me how difficult it was to function and how much pain she’d been in for decades. I asked if she’d thought of trying Holistic Medicine. “We had our Mountain Medicine and they took it from us,” she replied with tears in her eyes. “It worked and I know I don’t have to be in this kind of pain.” At that time Acupuncture (Traditional Chinese Medicine) was not yet legal in many states including Kentucky.

At the turn of the twentieth century, the industrialists were looking for new avenues for their tremendous wealth. Some poured their money into pharmaceutical companies. They also funded new Allopathic/Western medical schools, where doctors were taught to use drugs and surgery. The new methods were amazing for life threatening conditions and many lives were saved. This new medicine was thought to be the answer to all ailments. If there wasn’t a drug or surgery for it, more research and development would fill the gap. This was the popular belief.

Industrialist’s money also greased political wheels. At the turn of the twentieth century there were fifty Naturopathic colleges in the US. All but one were discredited and closed. For many years Holistic medicine became increasingly unavailable as a mainstream option, and then it became illegal to practice. Anyone providing Holistic/Natural medicine for compensation was threatened with fines and imprisonment for practicing medicine without a license. Holistic medicine was ridiculed as quackery and the practitioners as charlatans. Radio and TV shows, sponsored by pharmaceutical companies, made fun of people who believed in Natural medicine as ignorant, backward hillbillies. As the migration from farms to cities snowballed, and the hunger for sophistication increased, this ridicule became increasingly effective.

Much of American herbalism was passed down from generation to generation and stemmed from Native American medicine. I was amazed to learn how many direct correlations there were between Native American and Chinese herbs. Then I learned of the ships from China sent out by an emperor during the 1400’s to establish colonies in what is now the US. The succeeding emperor had an isolationist approach. The settlers sent by the previous emperor were abandoned and those remaining intermarried with the local population. Remnants of the original ships have been found off the West coast of North, Central, and South America, and DNA of Native Americans has been traced back to specific villages in China. The Chinese settlers brought their herbal medicine with them, with obvious impact on medicine handed down through the ages in this country.

When I started practicing, 20 years ago, not all 50 states licensed Acupuncturists. But TCM (Traditional Chinese Medicine) worked! It brought relief when other modalities didn’t. The demand was great enough that more and more states finally permitted Licensed Acupuncturist to practice after proper schooling, exams and credentialing.

Chiropractors, Licensed Acupuncturists and Naturopathic Physicians all had to fight for the right to practice. They all have the same amount of extensive education and internship and have to pass boards to be licensed in their state. They all learn a certain amount of western medicine, including when to refer to a western medical doctor. After college classes they have four years of classroom hours and internship. To obtain a license to practice they have to pass tests; ie. board exams. They have continuing education requirements and are held to the same safety and ethical regulations as other board licensed practitioners, such as an MD. In Oregon Chiropractors and Naturopaths have their own licensing boards. Licensed Acupuncturists are licensed by the state medical board. Massage Therapists are also licensed by an independent board and are required to have approximately eight months of classroom and clinical hours in Oregon.

The term Holistic/Alternative/Natural practitioner now includes energy workers, medical intuitives, music therapists and emotional healers to name a few. Some Holistic Healers might attend just a few workshops, or an online course, before setting up shop. Do all these modalities have their place and value? Of course they do. But people need to know which qualified health care practitioners to go to in cases of discomfort, illness or disease. It can be quite confusing.

A woman in Ashland told me an “emotional healer” assured her all she needed to recover from her serious health condition was to address her suppressed emotional issues. I was dismayed to learn she was told to cancel the western medical tests she was scheduled for and just do emotional work. Granted, for many years we’ve ignored the spiritual, emotional and physical triad of health. But now, instead of ignoring the spiritual and emotional I hear of people trying to discount the physical. We are physical beings, living in a physical world that has an impact on our bodies. The physical cannot be ignored.

What inspired this article was a phone call from a childhood friend. She told me her sister had had concerns, for the past two years, that she may have breast cancer, but refused to seek any western medical help. She was now getting weaker. Her sister didn’t think she had long to live. She told her family she’d rather die than to have western medical treatment. She had non-licensed “Holistic practitioners” advising her to stay away from western medicine. She’d seen a series of these unlicensed practitioners whose alternative treatments drained her immediate family’s resources and that of her mother while she continued to decline.

When my friend’s sister was so weak she had trouble standing and was having difficulty breathing, she finally consented to go to the emergency room. She was admitted to the hospital and was impressed by the respectful and compassionate care she received. I explained to her how Acupuncture and Chinese herbal formulas could support her through any western medical treatments. She didn’t necessarily have to fear the nausea, hair loss, immune devastation, leg cramps, dry mouth, hiccoughs and other side effects that usually accompany western medical cancer therapies. She’s now reviewing some western medical options.

Had she been dealing with a board licensed Holistic practitioner early on she could have had her fears alleviated, been referred to an MD, and made aware of Allopathic and viable Holistic options years ago.

There are many types of healing modalities with positive impact. Its good to have choices. But for acute, potentially life threatening situations – get the western medical tests and learn your options. Then you can check out Holistic support or alternatives. Your western medical tests can also provide valuable information for your board licensed Holistic practitioner.

If you’ve been seeing western doctors for chronic issues and the drugs aren’t working, or are creating other symptoms, its time to seek board licensed Holistic help. This doesn’t mean anyone will suggest you stop taking prescribed medication. That’s between you, your pharmacist and your doctor. There’s plenty that can be done Holistically in conjunction with any western medical treatment. Then your normally scheduled visits to your MD or specialist can track progress achieved from your Holistic treatments.

As for the various types of board licensed Holistic practitioners:

Chiropractors are trained in physical manipulation of the spine and joints. Some of them also incorporate nutritional supplements and kinesiology (muscle testing).

Naturopaths are trained in Western medicine and use natural supplements, herbs, homeopathy and some pharmaceuticals to treat patients. Some also use kinesiology.

Acupuncturists are trained in Traditional Chinese Medicine (TCM) with an overview of western medicine. TCM has a different way of looking at the body and the symptoms presented to determine underlying issues. Acupuncturists are also trained in Acupuncture, Chinese herbal formulas, medicinal massage, and Chinese medicinal dietary therapy. Some Acupuncturists, such as myself, incorporate nutritional therapy, supplements, homeopathy and kinesiology.

So for regular check ups and potentially life threatening situations your first stop is your MD or hospital emergency room. Following western medical tests and diagnosis, you can then call someone like me to help accelerate healing. For immune and digestive support throughout western medical treatment, or to learn if there could be alternatives to drugs or surgery, I can also be of help.

If western medical tests don’t show any obvious problems, this may indicate an imbalance in the body that isn’t acute enough for drug or surgical intervention. Persistent symptoms are your body’s way of telling you there’s still a problem you need to address. It’s the type of thing TCM excels at treating.

There is a time and place for all types of healing but people need to learn how to use each responsibly and effectively. Your health is your greatest asset. So when you need help be sure you know where to go to get the care you need. 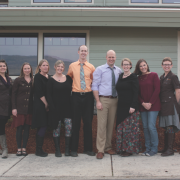 Getting Your Home Market Ready 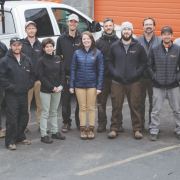 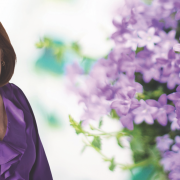 Why Does My Tooth Hurt and How Can I Make it Feel Better?