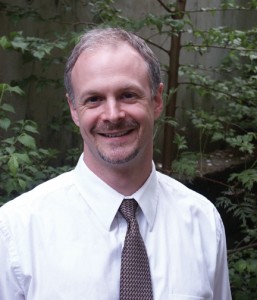 Today we’re talking with Matt Terreri, a licensed chiropractor and sports physician at Southern Oregon Sports and Spine.Â Matt applies twelve years of experience blending chiropractic with the most up to date sports knowledge and techniques.

Dr. Terreri how did you get into your field of work?

When I was a child my mother used to take me with her to her chiropractic appointments, so the seed was planted early although I didnâ€™t attend chiropractic school until later in life. It is my second career.

What did you do before?

I was a professional drummer in the music business. I landed a major contract, but making a full time living at it was still hard, so I decided to go back to school. I earned a bachelorâ€™s degree in human biology and received my doctorate in chiropractic in 1999.

Â Do you still play drums?

Â Oh all the time! Iâ€™m still dedicated to that craft. I play here in the valley often.

Â Where did you receive your chiropractic training?

Chiropractic school was in Portland, Oregon. Other schooling was done in different places such as the University of Florida.

How did you end up in Ashland?

I met my wife Maria while I was in Portland. We married, and together we raised her three young daughters while we both worked. We lived out in the country and I was commuting to downtown Portland everyday. The commute was getting longer and longer as time went on. We started to look into the possibility of moving to a more central, but small community. Two of our daughters eventually grew up and moved out the house, which was the perfect time to move. It was around this time in 2005 when Marc Heller was looking to take on a partner. My wife was already familiar with Ashland and liked it, so we came down to visit and it just worked out. Maria is a brilliant surgical nurse and had no trouble finding a job down here.

And it worked out with you and Marc?

Yes absolutely. Marc was looking to team up with someone, but not just anyone. He has a specific style thatâ€™s all his own and he wanted someone who could compliment and mesh with him. My style is not exactly the same, but very similar. The most important thing is that our philosophy is the same. We still practice traditional chiropractic, but also incorporate a lot of low force gentle styles and a lot of rehabilitation exercise. In our office we try to teach people exercises that will help them take care of themselves. Marc and I also do TONS of continuing education together and separately.

What do the letters CCSP stand for?

CCSP stands for Certified Chiropractic Sports Physician. Itâ€™s an additional subspecialty you earn. Itâ€™s over 100 hours of course work with a board exam at the end. It deals with all phases of sports medicine from team integration to emergency medicine. I also have extensive training in motor vehicle trauma cases.

So youâ€™re a sports doctor as well. How did you become involved with that?

Long story short is that I had trained in martial arts for years. While in Portland I trained at Team Quest alongside guys like Randy Couture. The Ultimate Fighting ChampionshipÃ’was barely anything at that time, but our fighters quickly rose to the top, and so did the UFC. Next thing you know I was taking care of them before and after their fights for the UFC. That led to helping other fighters that ended up on the Ultimate Fighter TV show. I also worked at the Rose Garden in Portland for Sportfight. Working with all those professional fighters helped teach me how much I didnâ€™t know about sports medicine. Sure I took care of my fighters, but I knew I needed more training. So I eventually took on the CCSP program.

How has that been different?

Ideally you would have some training in sports medicine before you start working on elite athletes with six figure contracts. But I did it backwards! We were just a bunch of guys and gals training back then and didnâ€™t realize it would become this big thing. I was lucky to have Bill Moreau, DC, DACBSP as one of my main teachers in the CCSP program. He is the Director of Sports Medicine Clinics for the US Olympics. He said something to me that Iâ€™ll never forget. Bill said, â€œYou need to know what you need to know before you need to know itâ€. That really hit home for me, so I made a vow to learn as much as I can about sports medicine because peopleâ€™s lives and careers could be on the line and you better be ready. So I take that role very seriously.

So does being a sports doctor help in daily practice?

Absolutely. On the whole, all of my patients benefit from that extra training – everything from coordinating injury care, to teaching exercises, to advice on nutrition and becoming more physical. Sports medicine also emphasizes tha we treat just about every joint in the body â€“ not just necks and backs.

My oldest patient is 100 years old, so itâ€™s applicable to a large spectrum of people â€“ not just elite athletes. We also work closely with the medical community and refer back and forth which is very important. Being a sports doctor teaches you that sometimes you need a team of people to take care of someone. No one doctor has all the answers, so put the patient first and do whatever it takes to help them. In fact, some of the best treatment I ever gave was none â€“ in other words, a referral.

So do you have any other plans for the future?

I want to work with our athletes and teams of the Rogue Valley and give back to our community. Maybe Iâ€™ll work with more fighters locally. I also hope to work at the Olympic training centers and go on to serve at one of our Olympic games. I canâ€™t think of a better honor than that. Attaining one more level of sports medicine training is also probably on the horizon. I might also do some EMT training for the fun of it. I love continuing education!

So you used to be called Heller Chiropractic. Now youâ€™re called Southern Oregon Sports and Spine. Why?

Well our sign was getting old and falling apart â€“ no joke! Marc and I decided that it was a perfect time for an update. Marc studies a lot of rehab as well, so the name is a perfect fit for both of us. In fact, we are also rolling out a whole new interactive website soon.

What do you do for fun?

Well, obviously I like to play or practice the drums as often as I can! I also like working in my woodshop. Maria and I like to stay active together hiking and walking our dogs. We also go camping and boating. In the winter we like to ski or snowboard â€“ pretty much anything outdoors. We also hang out with our girls as much as possible. Our family has a lot of fun together

Â Is there anything else you wish to share with the community?

Sure. If you are a person that needs treatment find yourself a team of people to help you. It might take some time to find the right combination, but donâ€™t give up. Realize that healing is a process and might take awhile. The more responsibility you take for your own health and the more proactive you become â€“ in other words taking the initiative (doing exercises, eating correctly, getting enough rest, etc.,) Â the better outcome you will have! 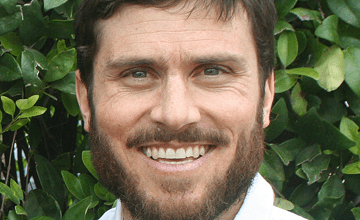 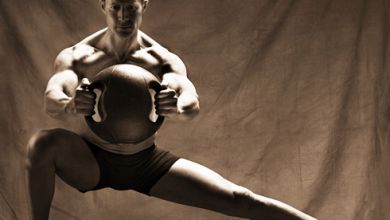 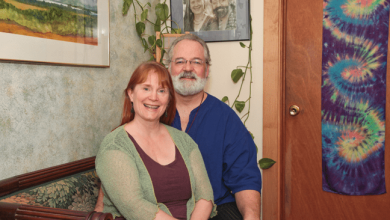 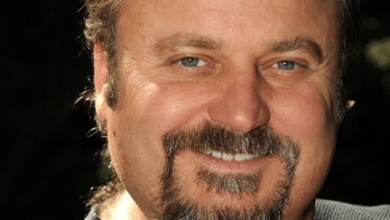