We are already seeing the impacts of climate change in the Rogue Valley. Temperatures have increased 2.5°F over the last century, and are expected to increase up to 11°F by the 2080s (from Oregon Climate Change Research Institute’s 2016 report). More frequent heat waves, smoky summers, and lower stream flows are becoming the new normal. Larger storms, more flooding, and forest die-off are all expected. These changes create challenges for our environment, economy, and health. Assuming we reduce greenhouse gas emissions on a global scale, many of the most severe impacts can be avoided later this century. In the meantime, however, impacts will continue to worsen, and we have three options for how to respond.

The Business as Usual Path

The first option is to ignore the problem and hope it goes away. The most vulnerable resources and people will bear the brunt of the impacts. Both people and the environment will suffer.

The second option is for each group to plan and react on its own. In this scenario, actions taken to protect one group or resource often shift the impacts to another group, resource, or to future generations. Prices for water and energy will rise and resource conflicts will increase.

Or we can take an entirely new approach to community planning. We can create collaborative, cost-saving strategies that increase the resilience of ALL groups and resources. This path would strengthen those who are currently more vulnerable and resolve ongoing conflicts.

Starting in the Rogue Valley eight years ago, the Geos Institute’s ClimateWise® team began working in communities around the nation pioneering the Whole Community approach to developing climate change resilience. This approach produces solutions that create diverse partnerships, work for people and nature, address the causes and impacts of climate change, and endure over time.

We recently held workshops in Ashland with local experts to identify vulnerabilities to climate change and inform the City’s Climate and Energy Action Planning process. We found the following…

Climate change projections of greatest concern for Ashland include:

Local resources and populations most vulnerable to climate impacts include:

These vulnerabilities will need to be addressed in Ashland’s Climate and Energy Action Plan, currently being developed by the City.

We encourage you to provide input to the Mayor’s Ad-hoc Committee. You can get information on the Geos Institute’s Climate Change Vulnerability Assessment for Ashland, the Ad-hoc Committee meeting times, and other important developments in climate change planning for Ashland on our webpage www.ClimateWise.org/projects/1248-ashland-oregon 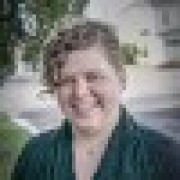 Ten Reasons Why Real Estate is a Superior Investment