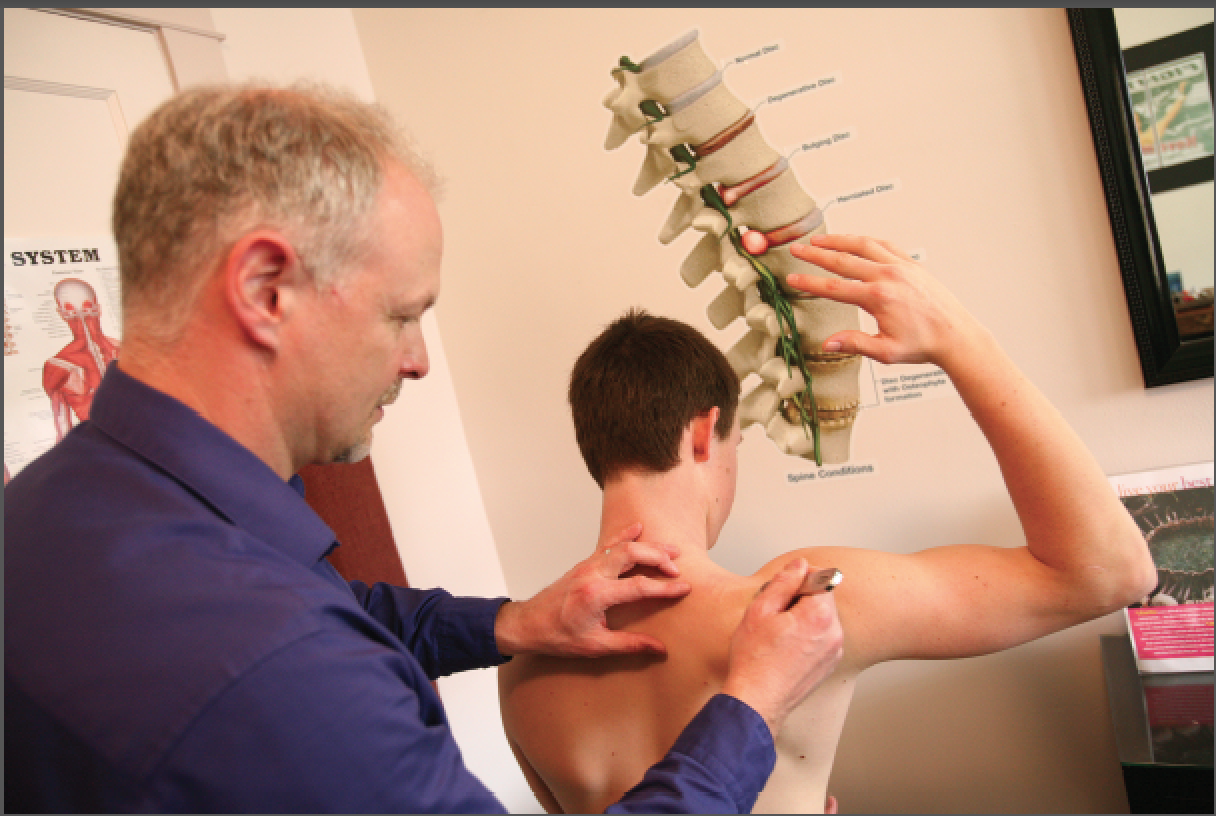 Dr. Terreri, can you tell us how you became a chiropractor and what motivated you to specialize in sports?

Sure. It certainly wasn’t the traditional path! I was a professional drummer – still am. I toured both East and West Coasts, and was eventually signed to Atlantic Records with a band when I was 24. At that time, I had about 3 years of college under my belt. The band eventually dissolved and I was frustrated that my career path depended on so many other people. I was contemplating finishing college when I went to go visit my brother-in-law who is a chiropractor on the East Coast. It was amazing to see him help people with nothing more than his hands.

That was when I decided to finish up getting a bachelor’s degree in human biology and go to chiropractic school.

I wasn’t sure how I wanted to practice, but when I graduated in 1999 I was training in mixed martial arts at a gym called Team Quest in Portland. Team Quest was putting out some of the top fighters for the UFC©. My coach knew I was a chiropractor and asked if I was willing to help Randy Couture get ready for an upcoming UFC© fight against Chuck Liddell. Of course, I said “YES”!

I then went on to work with many fighters – and not just from our gym, but ones who traveled through the area to train. I also worked with fighters who made it on the “Ultimate Fighter” TV show, and worked live events as well.

That whole experience made me fall in love with sports medicine. It also showed me that I had a lot to learn…

I studied as much as I could on my own, until my wife and I moved here in 2006. I joined forces with Marc and eventually had the opportunity to formally study sports medicine. I became a Certified Chiropractic Sports Physician (CCSP) in 2011.

Around that time, Kristy Johnson, ATC who is the head athletic trainer for SOU sent me one of their top runners to see if I could help him. Well she opened the door and I stuck my foot in it! I have been working with Kristy and the rest of the gang ever since as the Raiders official chiropractor.

The quest for knowledge never ends in sports medicine. So, I kept studying and decided to apply to become a medical provider for the U.S. Olympics. That was a very long process. You need a long list of credentials and you must pass a bunch of background checks. I also needed a letter of recommendation that Matt Sayre (the Athletic Director for SOU) was kind enough to write for me. I was eventually accepted into the program and have been working with the organization for the past 3 years. It’s been really fun tracking the winter Olympics and seeing some of the athletes I worked with doing so well.

So why is it that you love sports medicine so much?

I just love the subject! I never get tired learning this stuff! Plus, I get to treat all kinds of athletes from grade school to the Olympics – now how fun is that?! I also get to work in all kinds of different sporting events. Then, when it’s time to work at the office I tap those skills to help everyone. In my opinion, the beauty of sports medicine is that you don’t have be an athlete to benefit from it – at least from my profession’s standpoint. I can always pull a trick out here or there, or use some technique that I originally learned from sports medicine, to apply to most patients.

Speaking of techniques, what are some of your favorites?

I absolutely love Active Release Technique. I am just finishing up their level 2 courses which is their top mastery level. It is an advanced way of dealing with the muscles, fascia and nerves of the body. I also love taping – especially Kinesiotape. I started taping in 2004. You would be surprised how deep that subject is. The nice thing about tape is that it’s just a recipe, so you can tweak it for different results.

In some cases, you can even teach patients how to tape themselves.

That leads me to one final point – helping a patient help themselves. That’s one of the most important things I think a practitioner can do for a patient.

At our office, that comes in the form of rehab exercises, which is another subject I love and takes a lifetime to learn!