We expect much from our landscape trees, perhaps, too much.

If we examine the thousands of genus, species and cultivars we place in around our living space we start to see a pattern. When I am called for a consultation, or an estimate after making recommendations, I often note some changes that should have been made sometime prior to my arrival.

Many changes are subtle, some not so, some are easily “fixable” and some impossible, but we can learn a lot from our experiments, and as they say, “You can’t win if you don’t play.”

Much to consider, no? Now, we plant said tree “X” in a spot that gets about half the water as space “Y.” Go ahead and chop 10- 20% off that 100 years! Now we plant tree “X” about 6 inches too deep, lop off another 10 years. Maybe the soil doesn’t drain well enough to allow the roots to breathe as much as it would prefer, yep, subtract another decade!

How about space “Y” was a shady nook next to a cool running stream, and space “Z” is in between the sidewalk and street getting the full southern exposure of the brutal summer sunblast? You guessed it, hack back another ten!

It would seem we have arrived at what I call the “half life syndrome,” meaning we can expect about half the average lifespan in OPTIMUM conditions.

Okay, when the tree was planted in space “Z” we never imagined that in its skyward quest for freedom, it would reach the right-of-way that exists around the overhead electrical conductors (powerlines). Sooo, the utility contractor does the necessary evil of bastardizing your beloved tree into compliance, and literally prunes off another ten to twenty years! The pattern I mentioned earlier is becoming readily apparent, but was it avoidable? Growers, nursery people, botanists, arborists and the like try to come up with viable solutions but it is a tough task indeed!

Space “Z” will never be space “Y” and we may just have to expect and accept that, and go forward from there, but in the interim there are steps to take to extend tree “X”s lifespan well beyond the “half life.”

With that, I say as always… 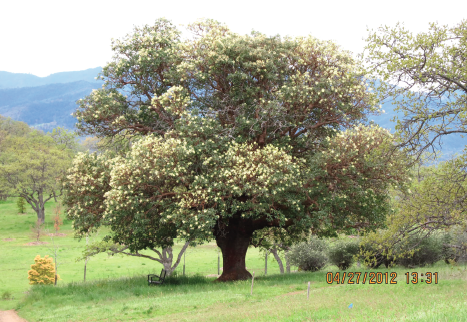