As we head into spring, I think it is important to go over the importance of hardening off a plant and what that entails. Hardening off is a common term we use in the nursery industry, especially from now through May. It basically means acclimating a plant to its outdoor environment and making it hardier. A plant that is hardened off will suffer less transplant shock, take off faster once planted, and be less prone to stress which can lead to disease and pest damage. Because this is such an important step in plant health, we do quite a bit here at Ashland Greenhouses to harden off our plants before they are sold. After a plant has been transplanted we allow it two weeks inside a nice warm greenhouse, then the party’s over and it’s off to the “real world.” By this I mean that we move the majority of our plants out into a simple cold frame with roll-up sidewalls for one to two weeks where they are exposed to the natural elements.  A lot of factors play a part in hardening off a plant such as wind, temperature, and water.  When a plant is exposed to wind it helps strengthen the stems and leaves, creating a more robust plant.  Allowing a plant to experience the fluctuating temperatures of the natural outdoors also aids in this.  If a plant is frost-tolerant, we put them in unheated coldframes so they are exposed to freezing temperatures.  If a plant, such as a tomato or a pepper, isn’t frost-tolerant, we move them into heated coldframes to keep from freezing and then roll up the sides during the day to allow wind on the plants.  We do whatever we can to not pamper the plant.  Water is another tool in hardening off and creating a tough plant.  By allowing the plants to thoroughly dry out between watering it forces the plants to search for water, thus creating deep, healthy roots.  When it’s time to water, watering thoroughly is important so the newly-developed roots get water. One of the many benefits of our locally-grown plants is that they get acclimated to the same climate you’ll be growing them in at home. Plants shipped in from other areas will face a greater challenge adapting to their environment.

Noises Off a Huge Hit with Critics 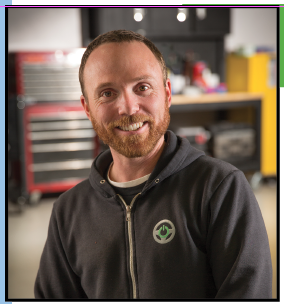