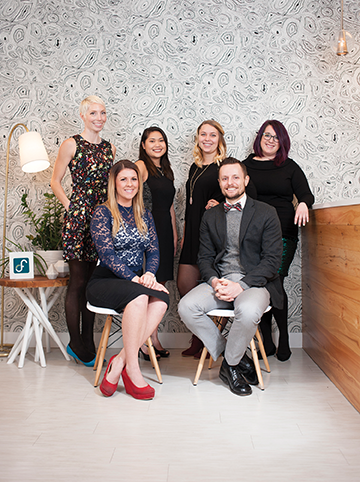 Happy February! If you are anything like me you’ve written 2016 a couple dozen times and are now just starting to get used to the idea of this being 2017. I was recently having a conversation with a patient regarding the comfort and technological advancements in dentistry. It brought me back to the terror and lack of science associated with early dental healthcare. Up until the early 1960’s the cause of tooth pain was not fully understood and some still observed the ancient lore of a “tooth worm” that bored into the tooth to cause pain. As recently as the 1970’s, many older dentists were still not comfortable delivering dental injections and would drill away decay until the patient just simply could not stand the discomfort any longer, then it was filled. In the early 1800’s many barbers also acted as dentists for crude emergent dental treatment. They would often work under crude anesthesia offered by alcohol and treat an infected tooth in an attempt to extract the tooth, often breaking the tooth off at the gum line allowing the abscess to eventually drain and relieve the pressure causing the toothache.

The common failures in these practices were the lack of evidence-based research associated with the care as well as limited technology to improve the experience. Although some of the same intuitive beliefs, cultural traditions, or philosophical treatments and ideas still exist, licensed dentistry is now evidence-based. Thank you scientific method!

Here are a few of the advancements that we use in our practice today. We utilize numerous local anesthesia techniques and technology that are both painless and effective. We offer very safe ways to sedate patients with very desirable side effects like no memory of the procedure or the appointment feeling much shorter thus creating experiences that are not adding to anxiety. We offer alpha-wave stimulation to put the mind in a meditative state prior to and during treatment.

We now realize that a quality patient experience is at least as important as achieving the work at hand. We utilize the latest materials that are both safe for the patient but also for the environment. At our practice we are beholden to the independent evidence-based research that informs all of these decisions irrelevant of our beliefs, cultural traditions, fads, and financial opportunity.

The future is very exciting and here are a few things that have recently entered the dental world or will enter our world shortly. New research models confirm that laser treatments can and do significantly reduce harmful bacteria that cause tooth loss through periodontal disease. This confirms a practice that we already follow with our patients. We are now seeing clear evidence linking the body’s inflammation response in the mouth specifically associated with chronic tooth infections only found through x-rays and other inflammatory diseases such as stroke, heart disease, and diabetes. We are now utilizing “Bioactive” filling materials and cements that have the ability to “fill in the gaps with tooth mineral thus preventing the oral bacteria which cause tooth decay from establishing themselves.” In the near future we are expected to utilize an Alzheimer’s drug to cause our teeth to repair themselves when under attack with a deep cavity. This treatment could avoid toothaches, root canals, and or extractions. And new research is showing that regular cleanings and good oral hygiene greatly reduces the risk of bacterial pneumonia. Obviously we’ve come a long way but we aren’t done yet!

Jones Family Dental - Smile and the World Smiles With You

Holistic Dentistry vs Evidence Based Care: Is There a Middle Ground?

Preventative Dentistry: The Cheapest Most Effective Path to Wellness

We Have Two Big Reasons to Celebrate Here in Southern Oregon!
Scroll to top