What a whirlwind of a year this has been in the real estate world. If you followed any number of our columns in 2021, it will come as no surprise that this year has been like none other. Our little Ashland community and the surrounding Jackson County found themselves following all the trends of the larger cities, and pretty much around the United States.

The past three weeks have felt like a bit of a shift, and after our weekly MLS and office meetings, it hasn’t just been our team feeling the change. We saw a surge of inventory at the end of September and it is continuing into the beginning of October. Personally, I think a lot of people are not only adjusting to what the world looks like during this pandemic, but most were already waiting to put their houses on in the Fall, when the smoke cleared. Typically, our surge of inventory is in the Spring, so this year it has been quite interesting to see so many new listings have been popping on the market at the beginning of Fall.

Statistics are showing that the buyers in the Rogue Valley have finally reached their limit as to how much they’ll pay for a house.

We aren’t seeing properties sell as fast or for as much as we were in previous months. This is partly because buyers now have more properties to choose from but also because eventually, in smaller parts of the country you are eventually going to hit a ceiling on pricing.

Now take a breath; the sky is not falling. Although we are seeing a SLIGHT adjustment on pricing, we are NOT seeing a market that is the beginning stages of a big bubble pop. Remember a few months back when we mentioned sellers were often realizing 5-7% more on their values than what could be justified on paper? It’s just that this percentage is now shrinking. The market is adjusting to the new conditions and so are both the sellers and the buyers.

Often it only requires a small adjustment on pricing to respond to the market shift, and time and time again over the past three weeks this is proving to still be true.

What a great time of year to take an inhale with the market. If you haven’t seen the fall colors and the new bounce in the town’s step…get out there. The smoke is gone, and the energy is high. We are so blessed to live in such a beautiful town. Hold up. Wait a minute. 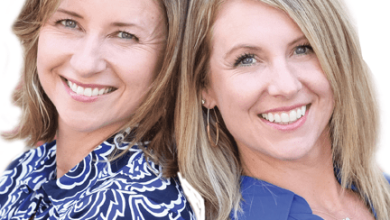 Too Stubborn to Fail