“Shame derives its power from being unspeakable.”

In the Men’s Weekend Intensives I co-facilitate with my friend and colleague Ryan Ginn, I’m continually moved by the bind I see in so many men, especially around relationships. They’ve been cultured to look confident and act like they have it figured out with endless masculine images and messages to reinforce it. The problem lies in the fact that inside of them it doesn’t feel like that at all.

Contrary to men’s upbringing, they’re now learning that vulnerability and emotions are the very aspects of themselves they need to access connection, intimacy, and purpose.

The bind is that the vulnerability required of men for healthy relationships and sustained intimacy confronts every ounce of their conditioning. In this new world, they often feel alone and insecure in attempting to face the gravity of what’s ahead of them. The gravity I’m referring to is the work it requires to reframe what relational confidence actually is.

This bind creates a range of emotions in men – fear, anger, depression, resignation, indifference, and grief. But of all the feelings living inside them, shame is the most insidious and drives so many of their compensatory behaviors. In my own journey, I have found that shame has many layers. For one, there is the shame we carry that we are not enough; successful, sexy, strong, decisive, etc. This is compounded by the added shame of not feeling like we can talk about this feeling without losing love and respect. It’s a shame loop that’s very difficult to break.

But in this place where most men feel alone, lies opportunity. Communities of men breaking the silence and doing their inner work together present a real path forward. Like Brené Brown says, “Shame derives its power from being unspeakable.” Once men begin speaking about the things they’ve been carrying alone, and sharing it with other men, something vital happens. They realize they’re far from alone and their shame becomes smaller and more manageable. It’s one of the reasons partners love the way their man feels after returning from a men’s weekend. He’s no longer bound by his shame but has a relationship with it. It’s a big step towards real confidence and the space for vulnerable relating.

Ryan and I are regularly holding Men’s Weekend Intensives in Ashland and beyond. Our next Ashland Weekend is November 22-24 and we still have spaces left. Please contact me to find out more. 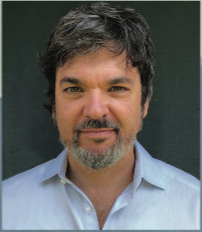 A Fast-track to Connection

The Wisdom of Your Inner Critic Part II