The third grader was delivered to my office door in the elementary school, arm clasped by the principal, janitor and counselor who were all restraining him in his writhing state. The boy had just attempted suicide, having worn an angry mask for weeks.

The principal knocked, suddenly opening my door. My job was to work with underserved children and families that no one else could make progress with.

The Principal looked frantic, insisting I help RIGHT NOW! The boy stared at me with stone cold eyes, his jaw firmly planted like hardened steel. Anger’s fire could be felt. He did not want help. But he was firmly planted into my office. The principal quickly shut the door, holding it closed.

There we were. Him and me. Two people thrust together who did not know each other in a desperate situation.

Time for my secret emergency formula. The ‘catch’ is I am obliged to act on what I am given. Silently, I ask: “Please help. What can I do?” Immediately, an inner voice says, “Invite him to do a belching contest.” I was shocked by the answer but had to keep my part of the bargain. I trusted and proceeded with raised eyebrows.

I began…..“Boy, it’s been a tough day for you. I bet you are getting tired of all the hard, heavy stuff. Let’s try doing something fun.” He looked at me with arms crossed, darts coming out of his eyes. But he did finally respond. “Like what?”

Whew! An opening! “Do you see those shelves along that wall?” He nodded affirmatively. “All those things on the shelf are prizes. How about we have a belching contest and whoever wins 2 out of 3 rounds gets to choose and keep any prize on the shelves.”

His arms relaxed. His shoulders were no longer wrapped around his neck. There was no hesitation agreeing to the contest. He insisted I go first. Fortunately, I was able to muster up a pretty good one. He sneered with my attempt. And then he belted out one that could have been captured and bagged! Continuing, I stood my ground and made a few waves with my torso to hopefully launch a louder effect than my first one. Did it!

With my improvement, the boy stood up more erect, arms extended out from his sides like he was pumping up a carbonated geyser. His second pretty much matched mine. We were tied! I straddled the floor with my feet at shoulder width. My mouth opened and to my surprise I beat my first two belches. The boy bristled. He did NOT want to lose. He opened his mouth and I could see his stomach clenching as he literally looked like he was going to vomit. Out came the smelliest, loudest belch I had ever heard! He stood tall, half way smiled and headed to the shelves for his prize.

I complimented his champion belching. He was proud. Holding his prize, he asked if he could sit down. We both did. And then he started spilling the beans. I didn’t even have to ask anything. In a nutshell, he had no parents and was living with his grandpa who had become very ill. His grandpa had a gun case with loaded guns and had spoken about ending his life. The boy knew he would have to go into foster care if that happened. It seemed easier to end his life before his grandpa could do himself in.

The belching contest removed the anger mask as a tension release and redirected focus to his fears. Authorities were called, grandpa’s guns were relocated. Medical help quickened his recovery to health.

Pandemic masks hide us. It is easy to feel invisible, not acknowledged, not connected to. The masks of anonymity and isolation invoke the need to see, feel and connect. I was able to connect heart to heart, beyond the surface of the boy’s pain. What we need now is a soothing salve that connects us heart to heart.

Very often in this pandemic I say to people in public places, “I am smiling at you.” It brings a mask-hidden smile almost always to others, similar to the boy when we belched together.

Smiles connect people, reduce stress, produce feel good chemicals in the brain and activate reward centers. Smile under that mask, say something nice to a masked stranger. Brains go into party mode with smiles. Let’s be contagious creating a SMILERUS that connects our hearts.

Janai Mestrovich aka Grandma Boom’s passion for human potential and stress prevention has been a 40-year journey. With a Master’s Degree in Family and Child Development, she is a pioneer in children’s stress prevention programs, and author, newspaper columnist, TV producer/host/creator/writer, and international speaker. Janai’s awards and honors include: Silver Medal, NY International Film and Television Festival; Most Innovative Children’s Program, Oregon; Miss Hospitality of Kansas, 1969; invited and appointed to the Rosalynn Carter Institute National Caregiving Project Editorial Board; invited to represent prevention and rural areas at the Surgeon General’s Conference on Children’s Mental Health; watermelon seed spitting champion; 1st and 2nd place awards as Freedom Fairy in Ashland, Oregon’s July 4th parades. She is a pioneer and advocate in furthering holistic education for children, and delights in being an outrageously fun grandmother. Janai has taught at the University of Oregon and Southern Oregon University on Empowering Children, speaks at global conferences, and dresses in costume to teach in daycare settings about stress skills and emotional intelligence. She encourages all, young and old alike, to engage their joy-filled inner child, and tap into the freedom of holistic aging. 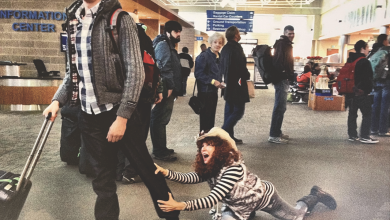 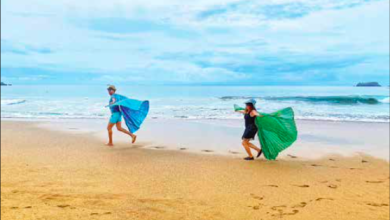 Benefits of NOT Acting Your Age 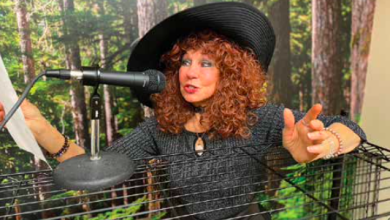 Janai ‘Grandma Boom’ Mestrovich Benefits of Talking to Yourself Out Loud 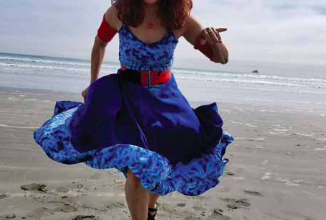