The blood that flows through a car enthusiast veins is of a different kind. Forget about the O’s and A’s or the negatives and positives. It can’t be donated or transfused. It is a blood that flows with adrenaline at the mere sight of high performance exotics like Ferrari’s Enzo, McLaren’s F1, or Porsche’s GT3RS. These are special cars that cost crazy money and are rock stars to the groupie car set. They are icons of a very small audience and sell in quantities of the thousands or even hundreds. Obscure cars hidden in climate controlled garages and rarely seen by or driven in public. These cars earned their iconic status by their exhilarating ride, beauty and price tag. However, no matter how exotic and fast these beauties are, they “ain’t got nothing” on the Volkswagen Beetle.

In the early thirties the talented engineer Ferdinand Porsche was hired to build an economical car for the people of Germany. The state owned factory was Volkswagen and with Porsche at the helm he created the Type 1. It originally had model designations based on its engine size but was affectionately known in Germany as the Käfer or Beetle. Although the company was all but destroyed in the war, Volkswagen persevered in spite of allied bombs being dropped on its factories. British Army officer Major Ivan Hirst was put in charge of what was left of the factory and his original plan was to use it to maintain military vehicles. He thought better of it and painted a little Type 1 green, paraded it in front of the British Army brass and sold it to them as a light army personnel vehicle. They bought it hook line and sinker and ordered 20,000 units. This was what Volkswagen needed to keep its doors open and production steadily increased. In 1949 the Volkswagen hit American shores and sold two whole cars! By 1955 they sold one million! By the early seventies global sales exceeded 16 million and laid Fords Model T record sale to rest. Although, the late seventies saw the Beetles decline it was still produced in its original design in Brazil and Mexico till 2003, selling over 21 million cars. A record never matched by any other auto maker for a car built to its original design.

Even though through the years Brazil and Mexico were able to continue to enjoy the original Beetle, due to less stringent emission requirements, the rest of the world was missing it badly. In 1998 Volkswagen, being not one to disappoint, brought it back as a whole new car known as the New Beetle. This being somewhat ironic as Volkswagen never really accepted the nickname “Beetle” for their original car. The New Beetle was a Global success and does a great job of sharing its older sibling’s looks and unmistakable style. It came with many different engine and transmission options and of course as a convertible as this one spied here. Volkswagen sold many millions of beetles over its lifetime but that’s not what makes it iconic. What makes it iconic is that my four year old son can spot an old or new beetle a mile away and give you a “slug-bug” right in the arm. You can’t do that with a Ferrari. 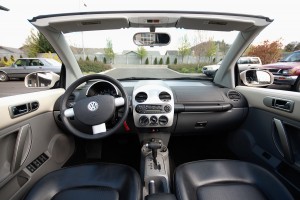 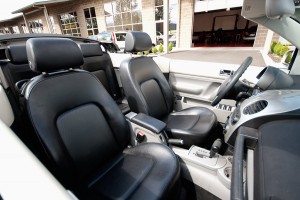 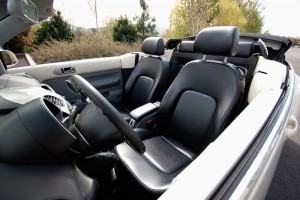 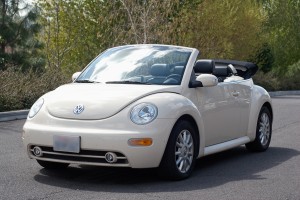 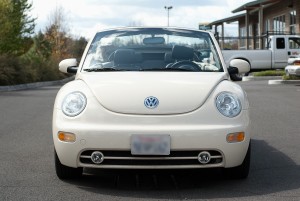