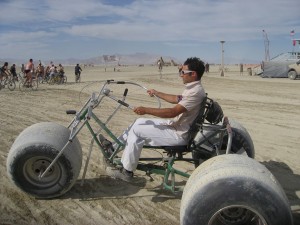 A friend mine, who also is a member of the Ashland Conservation Commission, recently approached me with her concerns of emissions coming from a car while idling for extended time. Quite frankly, I had never given it much thought. I always felt a little guilty letting my car warm up in the winter to defrost the windows and my car seat. Oddly enough, I recently stumbled upon an article in one of my favorite auto magazines that stated “3.9 billion gallons of gasoline is wasted each year by idling vehicles” in the U.S. alone! That is a staggering amount! Staggering as it may be what can we do about it? Read on and I will tell you.

Fortunately, technology in the automotive industry has produced cars that don’t idle or idle very little. This technology, referred to as “start/stop”, is common place in Hybrids but is beginning to trickle down in non-hybrid vehicles as well. I had the pleasure of experiencing this start/stop system first hand while test driving a Honda Hybrid. While waiting at a stop light, cars in front of me cars in back of me, the engine just stopped or so I thought. “Oh, s*#t this car just died on me” was my first thought and the panic started to set in. You know the panic when you were first learning to drive a stick-shift and you stall it in front of everyone and the horns start blaring and fingers start flipping! Well the light changed from red to green and it was go time so I depressed the accelerator pedal and boom the engine started and I let the clutch out and away I went. Needless to say it was very unnerving and quite unusual with a manual transmission Hybrid.  The next time it happened I was prepared and it almost seemed normal, almost. As automotive manufactures incorporate the start/stop system in more and more of their cars it will slowly take a dent out of the 3.9 billion gallons of wasted fuel.  Less wasted fuel means less car emissions, less carbon dioxide, less pollution, less oil dependence, less greenhouse gasses – you know the rant.

The reality is, unless you own a car with “start/stop” technology, there isn’t too much you can do to reduce idle consumption. However, I thought of a few tips of what you can do:

The importance here is awareness. So be creative, as we Ashland’ers are when it comes to Mother Earth, and reduce those idle consumption gallons and do it safely. And remember, idle hands are the devils work and so are idling cars!